My plan was to visit the south island of New Zealand in a camper van to allow maximum flexibility in planning. To this end, I had booked a “self-contained” motor-home (i.e. with shower, toilet and cooking facilities) for 25 days and would be collecting it on arrival in Christchurch.

I will admit to being slightly disappointed when the Fiat van that showed up was almost as old as me and had done nearly half a million kilometers. However, in retrospect, it was perfectly adequate and didn’t break down once. Indeed, I had come to almost like its peccadilloes by the end if the trip.


Contract signed and keys in hand, I was let loose on the roads of the south island in my motorised version of a tortoise shell. As logistics of the pickup had taken some time, my choice of location for my maiden night in the van was to be Akaroa, a picturesque town on the water on the east coast not far from Christchurch.
Having driven with alacrity (euphemism alert) I arrived in time for a cruise on the inlet and out to sea to check out the local wildlife and sealife. We boarded amid strong winds and rainfall which, once we were motoring, drove in at us on the top deck almost horizontally. The weather god seemed in merciful mood, however, because after 20 mins the rain relented and the sun smiled shyly through the increasingly thin cloud curtains.

Better weather brought more animal sightings and, before long we had seen the world’s smallest penguin, the world’s third rarest penguin and a host of dolphins who jumped playfully in the bow waves created by the boat. There were even fur seals. 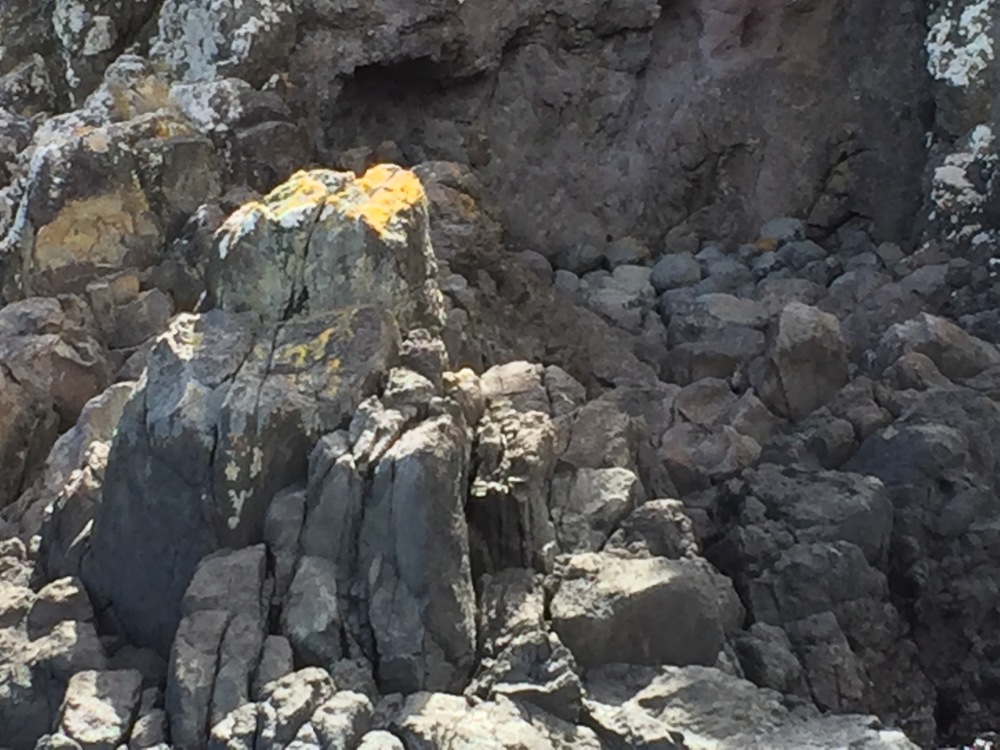 To celebrate this great result, I rustled up some spaghetti bolognese and cracked open a beer as the sun bent low to check its reflection in the mirror-flat waters of the inlet before retiring for the night. It was not long before, tired but happy, I followed his example.
A new dawn brought renewed energy and I made swift headway in a south easterly direction, crossing lush farmland as the Southern Alps rose to greet me on the horizon. By late afternoon, I was strolling among the clusters of lupins beside Lake Tekapo – more or less the mid-point twixt Akaroa and Queenstown.
Those visiting Tekapo should take advantage of the hot springs and the 360 degree views from atop Mount John (as I did below):

Upon reviewing the video and deciding I needed to work on my finger positioning, I once more fired up the engine and set my sights on Queenstown.

Queenstown, set on a beautiful lake and surrounded by impressive mountains, twinkles like a rare gemstone. With its captive audience of adrenaline-seeking tourists, it is generally about as expensive as a rare gemstone too! 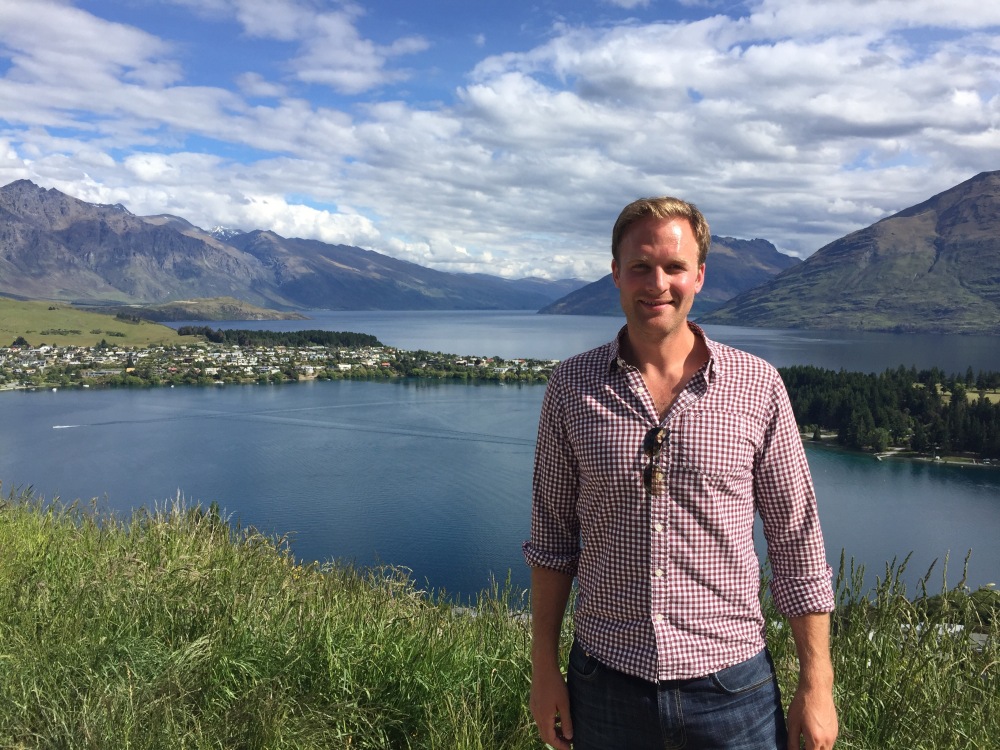 I celebrated my arrival risotto and vino rosso and ushered in my first full day in town with more luging and a decision to attach myself to a big rubber band and throw myself backwards off a perfectly serviceable platform.

Feeling it would be a shame to drop down from the subsequent high, I then headed to the Shotover River for the legendary Shotover Jet experience (Wills and Kate gave it the thumbs up so I was following in the footsteps of celebrity). Attempting to hold my phone would have been costly, so I have no footage but our skipper was highly impressive. We raced within inches of canyon walls, skidded around members at breakneck speeds and pedi items numerous 360 spins. Luckily the Shotover Jet never overshot!


As the pictorial evidence confirms, day three was an early start. I was traveling via coach to Milford Sound, a fjord on the south-west coast popular among tourists for its great natural beauty. The mountains rise directly from the sea, dwarfing the tourist cruise ships that explore the fjord and encouraging a limitless number of selfies from all and sundry. I was also guilty, earflaps and all.
Determined, as I was, to pack in every second of memory-making, my final day in Queenstown was as busy as those that had gone before it. I played a morning round of golf on Queenstown Golf Course, possibly one of the prettiest sporting venues in existence, then loaded onto a minibus for a wine tour of some of Central Otago’s finest vineyards.
We visited four wineries: Gibbston Valley, Waitiri Creek, Mt Rosa and Amisfield. The region is famed for Pinot Noir and Pinot Gris and these featured highly during the tastings. The spittoon did not!
After a delightful, informative and well-lubricated afternoon, we were all a little red. We agreed it was probably the sun…..

Loath to waste my investment in tipsiness, upon my return to Queenstown I headed to the Blu Kanu bar where I befriended Larry, the bartender over a period of several hours chatting. I was still there when the last customer was kicked out so I joined the bar staff for a drink or two in a club a few streets away.

The next morning was slow. And more than a little “thud-thuddy”. A slow jog cleared the cobwebs and I decamped to Glenorchy in advance of a four day tramp in the wilderness.