Sorry for the leave of absence: I have been off-grid for a few days trekking in the Andes (is there a way to say that without sounding pretentious?). Update on that to follow. Meanwhile, let me take you on a journey back to Montevideo and the second half of my week with Bart and Nathalie.

The first couple of days had been relatively calm, however, high winds of entertainment were on the horizon; Nathalie is one of the Uruguay ambassadors for Internations – a global organisation connecting expatriates – and had kindly added me to the guest list for an event on Wednesday evening, organised to coincide with La noche de la nostalgia – the evening before Independence day in Uruguay where people celebrate all that’s good in Uruguayan history and culture, generally by playing old music in bars and clubs, (although it was amusing to see the personal trainers dancing to golden oldies earlier in the day in the gym I was using temporarily).

Whilst she was finalising preparations that evening, Bart and I headed to Baker’s Bar, in the fashionable Punto Carretas neighborhood, for a pre-game drink. Despite the chairs being designed to inflict maximum pain on the posterior, one pint swiftly became three and, by the time we arrived at the event we were trending upwards.

There was a good turnout with 50+ people in attendance. The initial 20 minutes reminded me of the first week at university: asking and answering different combinations of the same 5 questions ad nausea: where are you from? Why are you here? What do you do? Etc. However, the drinks that accompanied the entrance fee soon took effect and the engaging and fun people stepped out from behind their more guarded, professional facades. Soon we were chatting and laughing like old friends, all semblance of formality out the window.

I was deemed a bad influence for trying to convince anyone who would listen to drop everything and go travelling but the admonishments were all light-hearted.

One thing led to the next and a small group of us found ourselves dancing in a local club at 4am in the semi-aggressive way one does when the group behind are encroaching on one’s dancing space: elbows out, brace, meet pushing force with equal and opposite force. I had such fun I forget to take any photos but here is the greasy monstrosity that I felt compelled to buy the following day to deal with my self-inflicted headache. It’s called a chivito and ought, by nutritional value, to be a criminal offence.


At this juncture I would like to direct readers to my favourite literary description of a hangover: a passage from the novel “Lucky Jim” by Kingsley Amis. Mine was far from being so dramatic but I love the passage and want to share.

Dixon was alive again. Consciousness was upon him before he could get out of the way; not for him the slow, gracious wandering from the halls of sleep, but a summary, forcible ejection. He lay sprawled, too wicked to move, spewed up like a broken spider-crab on the tarry shingle of morning. The light did him harm, but not as much as looking at things did; he resolved, having done it once, never to move his eyeballs again. A dusty thudding in his head made the scene before him beat like a pulse. His mouth had been used as a latrine by some small creature of the night, and then as its mausoleum. During the night, too, he’d somehow been on a cross-country run and then been expertly beaten up by secret police. He felt bad.

Hilarious and yet alarmingly accurate! I salute you, Mr Amis!

So, where was I? Ah yes, well, a post-chivito food coma naturally ensued and the day was spent alternating between Netflix and recalling amusing episodes from the night before.

Determined to be more active the next day, I set off to the Estadio Centenario – location of the first ever World Cup and a necessary pilgrimage for any sports fan. Given it was built in 1929, the scale was hugely impressive. After taking in the view I strolled around the adjoining football museum, marveling at the international importance of “just a game”. 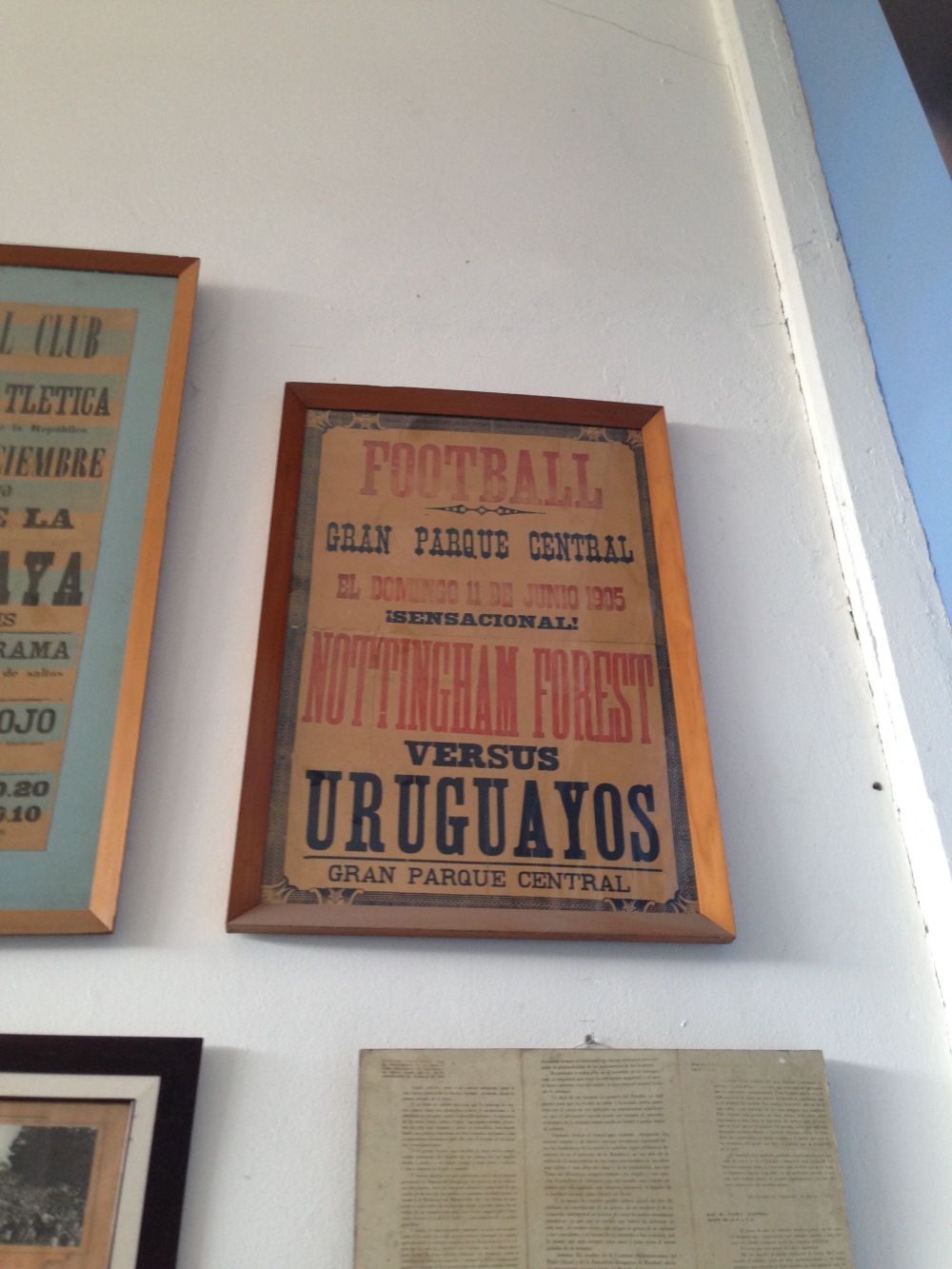 That evening saw a return to Baker’s Bar for farewell drinks with one of Bart and Nathalie’s expat friends who was headed to Dubai. Fun, food and frolics ensued. As the chef left for the night, we thanked him for the delicious tapas and he wondered why we had not tried the ceviche, his own favourite. We pointed out to him that it had been omitted from the menu and jokingly demanded he return to the kitchen to make it for us. To our great delight, he acquiesced and 10 minutes later we were devouring some of the most delicious ceviche I have ever tried.


The next morning heralded my final day in Uruguay and the weather seemed to be mourning my departure.

The tedious duty of laundry loomed large and, after a brief lunch, I set out in search of a laundromat. The only place open on a Saturday afternoon was an Uber ride away because apparently opening shops on a Saturday is not something Montevideans are keen on.

As I arrived, the proprietor seemed about to shut up shop for the day. I pleaded with her and she kindly agreed to stay and help me with my laundry. As we chatted I discovered she was an avid Queen fan and she quoted me chapter and verse as to why Freddie Mercury was the greatest artist of all time. After an hour of non-stop talk where I learned about her family, her political views and more about Freddie Mercury, I bought her some chocolate to thank her and took my pristine clothes out into the Uruguayan drizzle.

Although my flight to Lima was not until 2am the following day, Bart and Nathalie offered to chauffeur me to airport, for which I was incredibly thankful.

I have undoubtedly forgotten some details that I ought perhaps to have included but, rather than a touristy experience of constant box-ticking, this week was about enjoying spending time with like-minded people and forming new friendships. Thanks Bart and Nathalie!