Many months ago I decided that, given my planned trans-siberian express trip was due to commence in Beijing, I would go there a few days earlier to pay my touristic respects. I had visited Beijing several times for work but had not once had the time to visit the sightseeing and foodie hotpots.
Then, as my mind was focused on hitherto unseen sights, I regretted there was no way of seeing some of the rest of China before arriving in Beijing (my schedule was tighter than pre-Christmas ghosts Scrooge). But wait! Maybe there was a way?! Why not take a train to Beijing before the trans-Siberian train? It would be good “training” (pause for readers’ mental groans)!

And so I did just that.

A friend kindly dropped me and my mobile-home of a backpack at Hung Hom train station. Never has international travel felt less grandiose. This sign was all the fanfare I was to expect 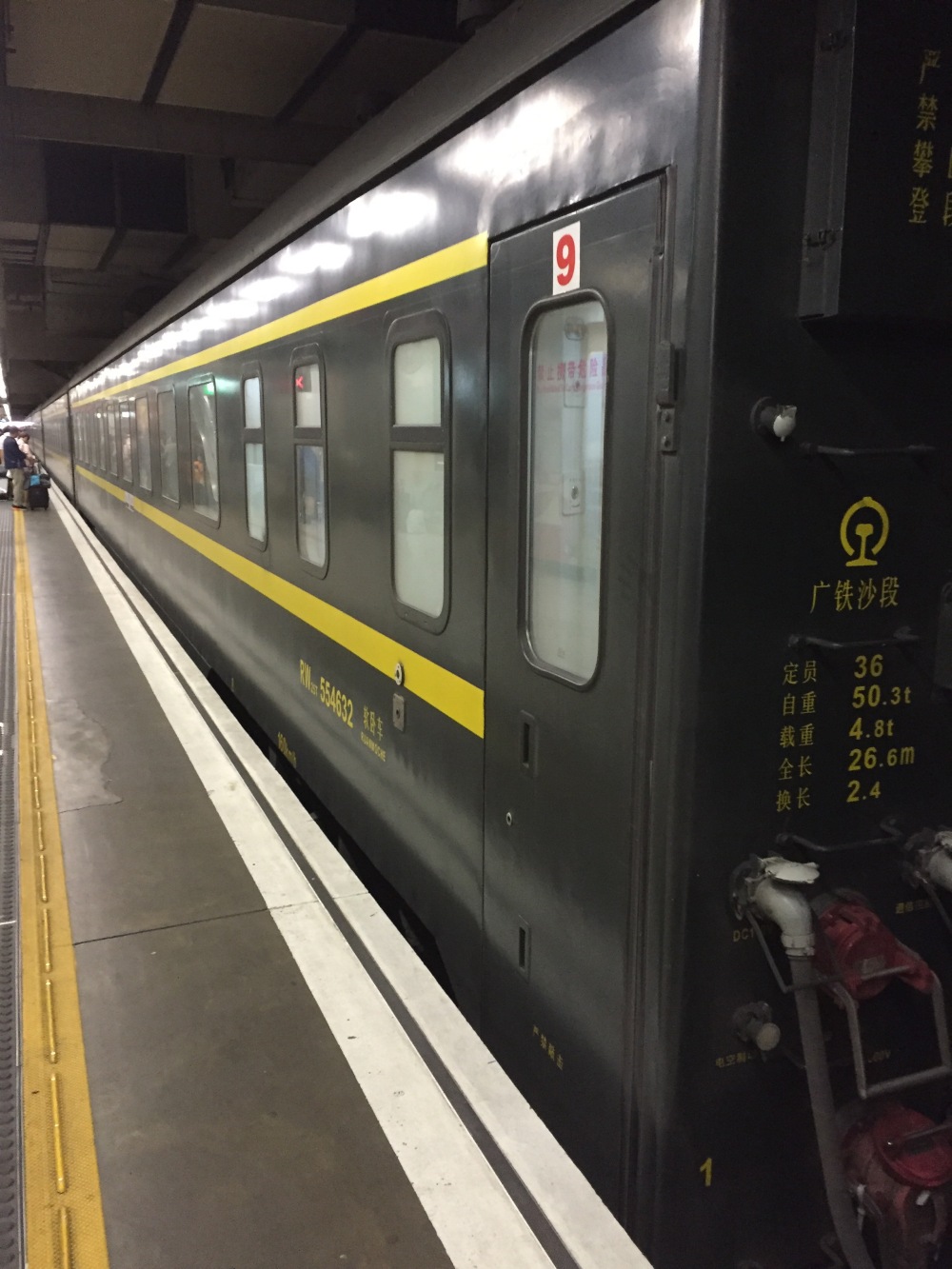 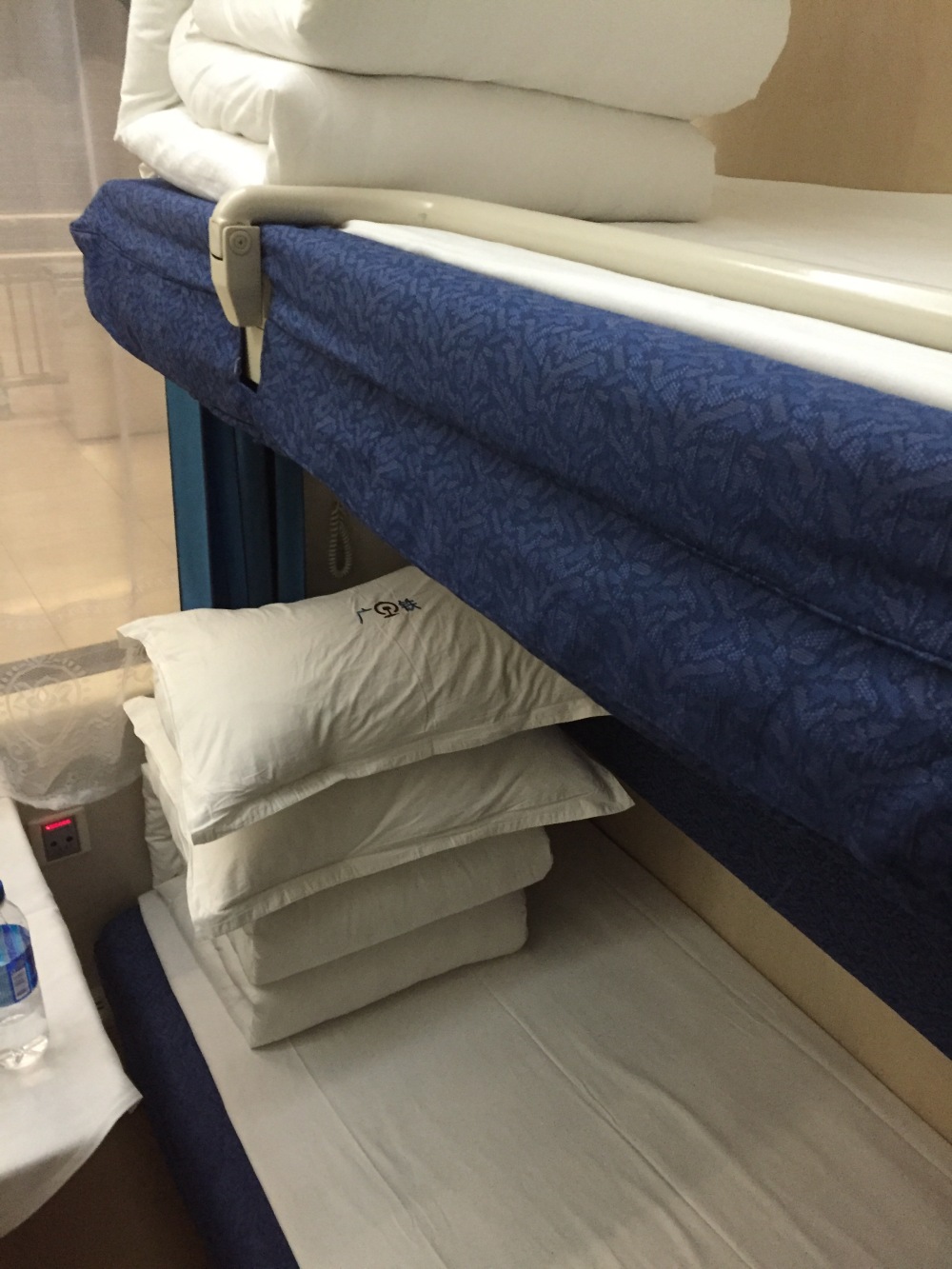 I immediately fell in love with its peculiar charm – an outdated mode of travel for those possessing an outdated commodity: time.

Having forgotten, in my excitement, to eat lunch before boarding, I flung my bags into my cabin and scuttled off in search of the buffet car, which, happily, turned out to be in the neighbouring carriage.

Thankful of the pictorial menu, I went with the trusty point and nod approach and, although somewhat suspicious when it arrived roughly 37 seconds later, it was surprisingly tasty! 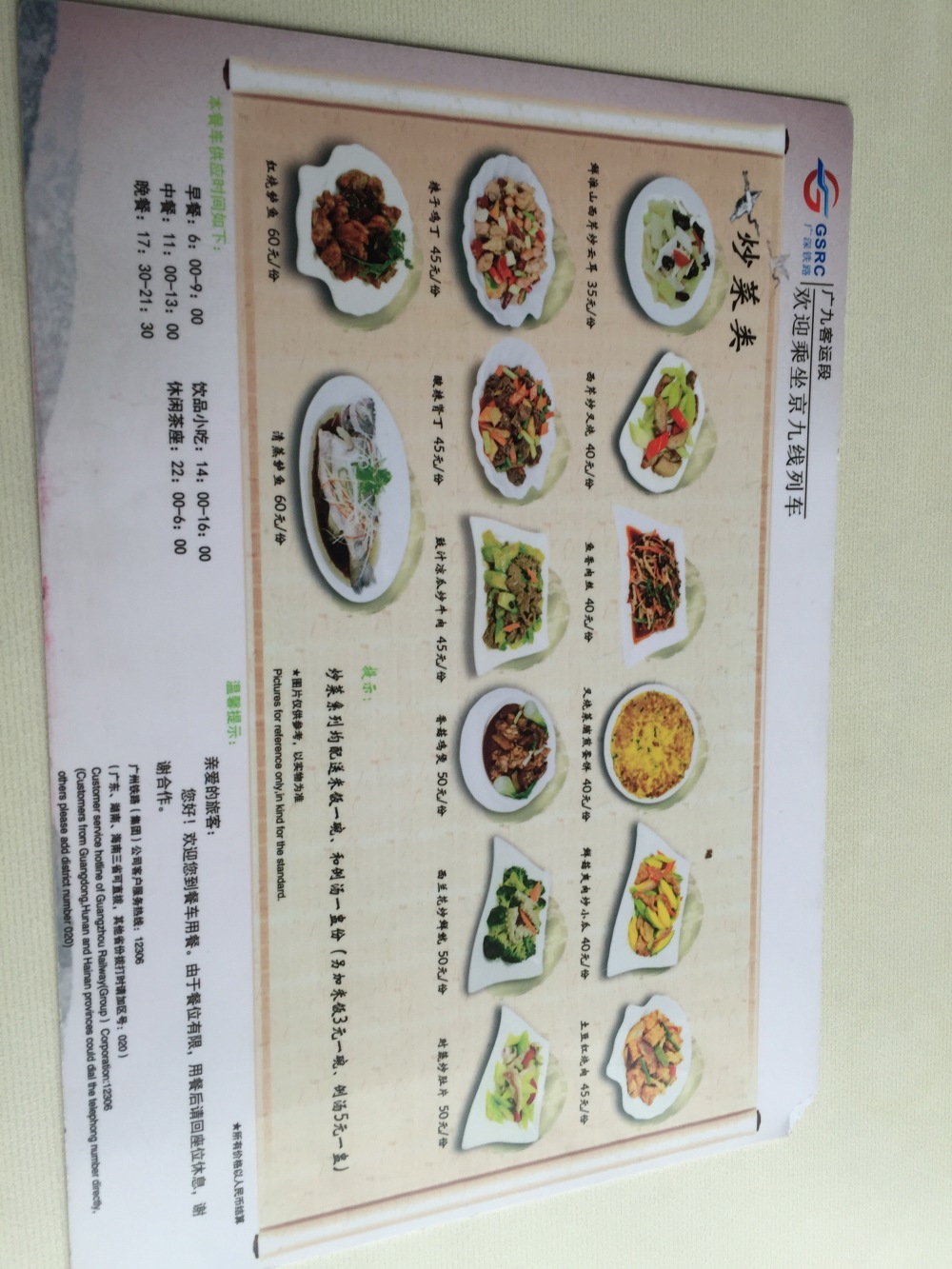 What followed was 24 hours of child-like bliss. I got as close to the window as my oversized nose would allow and watched the world go by. In fact, several worlds. My evening was illustrated with the undulating hills of the Canton province and irrepressible green of the vegetation that smothered them. When I awoke to a benign, hazy morning sun, the hills were slowly replaced by vast tracts of arable land, as flat as they were fertile. And all the while, this changing window-tapestry was punctuated with the tatters of old bricks and mortar and the defiance of newer buildings.
Verdict? I’m still in thrall of the experience, so my view is highly subjective, however, I’ll summarise objectively: if you’re rushed, need constant phone connectivity or find sleeping on a bed as hard as granite intolerable, then fly. If, like me, you could sit in a cafe for hours simply watching the world in action then take this train and thank me later.